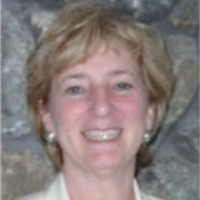 Bernice Rogowitz is a perceptual psychologist who draws research inspiration from visualization and imaging applications in medicine, finance, and physics. Dr. Rogowitz received her Ph.D. from Columbia University and was a postdoc at Harvard. As a scientist and research manager at the IBM T.J. Watson Research Center, Dr. Rogowitz led research on visual representation, semantics, and analysis, producing both fundamental science and practical tools. She has recently founded a research and consulting company, called Visual Perspectives, which helps companies and research labs integrate principles of human perception and cognition into their programs. She is the founder of a multidisciplinary conference on Human Vision and Electronic Imaging, whose goal is to foster research at the intersection between perception, imaging technology and art. She is a Fellow of the SPIE and the IS&T, has published over 70 papers, and has issued patents in areas ranging from visualization to haptic interfaces to nanotechnology.