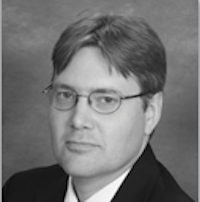 Dr. Thompson is an R&D Engineer who aims to be a generalist. His interests include conceptual design, solid modeling, computational simulation and visualization, and mechatronics. Dr. Thompson received his B. S. in Mechanical Engineering from Louisiana State University in 1992 and went on to earn a M. S. in Engineering and a Ph. D. from the University of Texas at Austin. He joined Sandia National Laboratories in 2001 and Kitware in 2012. His graduate research included computational tools for rapid prototyping techniques; a feasibility study of a geometric technique for conceptual mechanical design that yielded lumped-parameter models for concept selection; and an approach for parallel isocontouring. At Sandia, his work included developing visualization techniques for higher-order finite elements and monitoring HPC platforms to detect and statistically characterize failures.