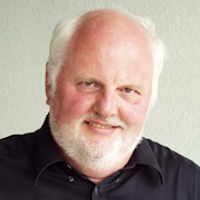 Hans Hagen is a full professor at the Technical University of Kaiserslautern and an adjunct professor at the University of California/Davis. He is also the scientific director of the institute on Intelligent Visualization and Simulation at the German Research Center for Artificial Intelligence (DFKI). He holds a Ph.D. in mathematics from the University of Dortmund, a B. S. and M. S. in mathematics and a B. S. in computer science from the University of Freiburg. Prior to his curent position, he was an associate professor at the TU Braunschweig and he had several visiting positions, especially in the USA. His research interests include all areas of scientific visualization, computer graphics and geometric modeling. He was editor in chief of the IEEE Transactions on visualization and computer graphics from 1999-2003 and is an associated editor of CAGD, Computing and Surveys on Mathematics in Industry. Prof. Hagen has published nearly 200 articles in scientific visualization, computer graphics, geometric modelling and geometry and is a member of ACM, GI, IEEE, and SIAM.