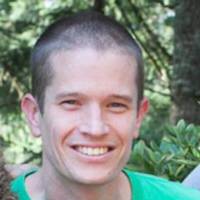 Jake Vanderplas is an NSF Postdoctoral fellow at the University of Washington, working jointly between the Astronomy department’s Survey Science Group, and the Computer Science department’s Database Research Group. He received his PhD in Astronomy from the University of Washington in 2012 for work in the areas of Cosmology, Weak Gravitational Lensing, and the application of automated machine learning and data mining approaches to large astronomical datasets in various contexts. This work led him to co-author an upcoming book, ‘Statistics, Data Mining, and Machine Learning in Astronomy’ to be published in late 2013. Along with his research interests, Jake is an active user, developer, proponent, and teacher of the Python language for open, reproducible science, and will argue vehemently with anyone who says R is better.