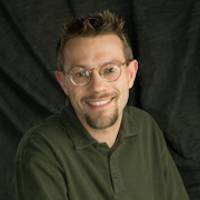 Robert M. (Mike) Kirby received the M.S. degree in applied mathematics, the M.S. degree in computer science, and the Ph.D. degree in applied mathematics from Brown University, Providence, RI, in 1999, 2001, and 2002, respectively. He was promoted and received tenure at Utah in 2008. During his 2008-2009 sabbatical year, he taught a Michaelmas term course in High-Performance Scientific Computing at the Cavendish Laboratory at Cambridge University, UK and for the academic year was the Leverhulme Visiting Professor of Aeronautics at Imperial College London, UK. He is currently a (Full) Professor of Computing and Associate Director with the School of Computing, University of Utah, Salt Lake City, where he is also an Adjunct Professor in the Departments of Bioengineering and Mathematics and a member of the Scientific Computing and Imaging Institute. His current research interests include scientific computing and visualization.