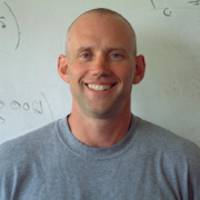 Ross Whitaker graduated Summa Cum Laude with B.S. degree in Electrical Engineering and Computer Science from Princeton University in 1986. From 1986 to 1988 he worked for the Boston Consulting Group, entering the University of North Carolina at Chapel Hill in 1989. At UNC he received the Alumni Scholarship Award, and completed his Ph.D. in Computer Science in 1994. From 1994-1996 he worked at the European Computer-Industry Research Centre in Munich Germany as a research scientist in the User Interaction and Visualization Group. From 1996-2000 he was an Assistant Professor in the Department of Electrical Engineering at the University of Tennessee and received an NSF Career Award. Since 2000 he has been at the University of Utah where he is a Professor in the School of Computing and a faculty member of the Scientific Computing and Imaging Institute. He teaches discrete math, scientific visualization, and image processing. He has leads graduate-level research group in image analysis, geometry processing, and scientific computing, with a variety of projects supported by both federal agencies and industrial contracts.