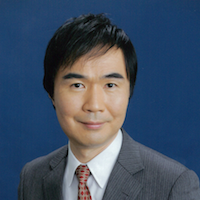 Satoshi Matsuoka received his Ph. D. from the University of Tokyo in 1993. He became a full Professor at the Global Scientific Information and Computing Center (GSIC) of Tokyo Institute of Technology (Tokyo Tech / Titech) in April 2001, leading the Research Infrastructure Division Solving Environment Group of the Titech campus. He has pioneered grid computing research in Japan the mid 90s along with his collaborators, and currently serves as sub-leader of the Japanese National Research Grid Initiative (NAREGI) project, that aim to create middleware for next-generation CyberScience Infrastructure. He was also the technical leader in the construction of the TSUBAME supercomputer, which has become the fast supercomputer in Asia-Pacific in June, 2006 at 85 Teraflops (peak, now 111 Teraflops as of March 2009) and 38.18 Teraflops (Linpack, 7th on the June 2006 list) and also serves as the core grid resource in the Titech Campus Grid. He has been (co-) program and general chairs of several international conferences including ACM OOPSLA’2002, IEEE CCGrid 2003, HPCAsia 2004, Grid 2006, CCGrid 2006/2007/2008, as well as countless program committee positions, in particular numerous ACM/IEEE Supercomputing Conference (SC) technical papers committee duties including serving as the network area chair for SC2004, SC2008, and was the technical papers chair for SC2009, and will be the Communities Program Chair for SC2011. He served as a Steering Group member and an Area Director of the Global Grid Forum during 1999-2005, and recently became the steering group member of the Supercomputing Conference. He has won several awards including the Sakai award for research excellence from the Information Processing Society of Japan in 1999, and recently received the JSPS Prize from the Japan Society for Promotion of Science in 2006 from his Royal Highness Prince Akishinomiya.